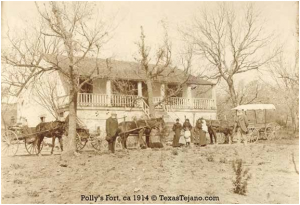 As we observe National Hispanic Heritage Month beginning September 15 to October 15, 2020, different states acknowledge the heritage of Cuban Americans, Mexican Americans, Puerto Rican Americans, and other Latino cultures. However, here in Texas, we know very little if anything of the first settlers of Texas; the Native Tejanos. Tejanos are descendants of the first Spanish, Mexican, and indigenous families on the Texas frontier starting in 1690. This article provides the history, heritage, and legacy of the early Tejano families that pioneered and founded the Lone Star State and the American Southwest.

In the late 1600s, the Old-World monarchies of Europe were still actively exploring, conquering, and claiming the New World for themselves. As such, England, France, and Spain were significant participants in these global endeavors. These governments would be responsible for shaping and developing what became known as America.

The British Empire had begun its colonization efforts on the east coast of the northern continent that became known as “New England.” The French had placed their efforts in the Mississippi Valley and had their capital in a place called “New Orleans.” Spain had also claimed the southern part of the continent and called their new possession “Nueva España” or New Spain.

However, Spain and France (as neighboring states) found themselves in territorial disputes. In 1680, France asserted itself by claiming part of the New Spain territory for its own. As a result of these disputes, in 1690, Spanish Conquistadors dressed in steel body armor and metal helmets of war began conducting military explorations in defense of its northern-most undeveloped province. These expeditions discovered the French had indeed made inroads and built a military installation known as Fort St. Louis near the Gulf of Mexico. Spanish records reveal that in June of 1690, the first mass was celebrated to announce the founding of the first Spanish “presidio” (fort), mission, and the establishment of the “Provincia de Tejas” (Texas).

The soldiers and their families that came were largely from the northernmost states of Coahuila, Chihuahua, Nuevo Leon, and Nuevo Santander. Their frontier/military community experiences suited them well for this new colonization. These men and women came from a network of family relationships with the same cultural and societal backgrounds. Thus, their frontier backgrounds made them self-reliant, determined, and courageous. Shortly after, the Spanish military began building roads linking back to the interior of New Spain with its northernmost presidio of Los Adaes in Natchitoches, near the present-day Louisiana border and the Sabine River. Other presidios and missions followed such as La Bahia in Goliad, San Saba, and Valero in old San Antonio. Spanish soldier settlers inhabited these first Texas forts and pioneering towns. As a result, these very first men and women pioneer settlers of Texas began to be known as Tejanos.

In 1733, one of the first official towns and government was begun in La Villa de Bexar de San Antonio (San Antonio). Also, the first Spanish land grants were given out at this time. These land grants were prized, as they provided the first families of the Texas frontier with the ability to build ranch- es and farms. The word “ranch” is derived from the Spanish word “rancho,” which is the word for the home/headquarters of the “ranchero”, rancher. The word was reserved for years primarily used in raising livestock and using areas of land (pastures) as a resource. The initial “Entradas,” expeditions, had left longhorns and horses to run wild and had multiplied to a vast extent. This provided a ranching way of life in the 1700s

that had never existed in Texas before. Yet, for two hundred years prior in the middle northern plains of New Spain the science of ranching had existed. Also, the “Vaqueros” (cowboys) of that era had long known their skills of horsemanship, herding, branding, and survival on the frontier for generations.

During this period cattle trailing was throughout the province. Also, trade into the port of New Or- leans was very flourishing as tens of thousands of longhorns and mustangs were rounded up and taken to market. During the American Revolution, it is recorded that thousands of cattle were taken to New Orleans and beyond to help the American cause. Some of the largest ranches during this time were owned by Tejanos such as Tomas Sanchez de la Barrera (who owned over 230,000 acres in Laredo), Antonio Gil Ibarvo, Martin De Leon (Victoria), and Ignacio Perez (San Antonio).

Further, Tejano ranches were in an unprotected environment and under constant threat of danger from hostile Native Americans and outlaws. As a result, Tejanos began a civilian “Compania Volante” (light cavalry) to help protect themselves against attacks and to pursue their aggressors. These very first units came from the ranks of the rancheros and their men. Consequently, at a very early age, young men were taught to ride and shoot weapons as a matter of survival and to help develop skills to battle their enemy.

By the late 1700s, many “Villas” or ranches had spawned the very first towns in Texas, including El Paso, Nacogdoches, San Antonio, Goliad, Laredo, Corpus Christi, San Diego, and many others. Contributing to Tejano success was the Compradozgo, God Parentage, practiced among the Tejanos helped to strengthen their families, economics, and their religion. Ultimately, this helped create a stronger society and culture. By the end of this period, San Antonio had become a center of commerce and the capital of Texas and was producing its most influential and brightest politicians, businessmen, and ranchers. By the late 1700s, Tejanos born in San Antonio such as Jose Antonio Navarro, Col. Juan Seguin, Ignacio Perez, Col. Francisco Ruiz, Antonio Menchaca, and Maria Arrocha began to provide the needed leadership in this growing frontier. Their collective expertise provided development in the areas of law, economics, and political rule. Just as this era spawned the American Revolution in the east, civil unrest with New Spain had also begun. Don Jose Navarro and Col. Francisco Ruiz would later become the only native Texas sons to sign the Texas Declaration of Independence.

The same tenants of “civil liberty and freedom” sought for in the New England colonies were yearning for in Texas and New Spain, as the old Spanish Monarchy applied its dictatorial rule. The result was a revolution that lasted for 10 years and finally produced the new Republic of Mexico in 1821. Also, there had been four prior failed revolutionary attempts in Texas to win its own freedom. One worth mentioning is the 1813 revolutionary attempt led by Gen. Bernardo de Lara and Francis McGee.

This effort began with Americans, Tejanos, and Native Americans winning a battle at Nacogdoches, then with combat at Victoria and a final winning battle at San Antonio. A constitution was written, and de Lara became the first president of Texas. Unfortunately, in August of the same year, the Battle of Medina was fought against a much larger Spanish royal Army that destroyed over one thousand Tejano patriots, American volunteers, and native Americans. This horrific loss left the Tejanos vanquished and it would be twelve more years before Tejanos would hear the battle cry “Dios Y Tejas”, God and Texas.

However, the new Republic of Mexico was determined to rule its northernmost province of Texas. In 1824, Mexico reconsolidated its states of Coahuila and Texas and removed the capital from San Antonio, and placed it further south in Saltillo. The capitol’s move created political and economic unrest that continued Tejanos on the road to self-determination and an independent Texas. In the 1835-1836 Revolution, Tejanos continued to play important roles in the political and military efforts conducted during the revolutionary period. Subsequently, the men from the American east and the Euro-Colonist im- migrated into Texas and began to outnumber the Tejano population. As the voices of Stephen Austin and Sam Houston began to be heard in favor of revolution so to, Tejanos like, Col. Francisco Ruiz and Don Jose Antonio Navarro began to support the effort to make  Texas free and independent. Like their Texian counterparts, Tejano Cols. Juan Seguin and Placido Benavides organized cavalry units that fought at the battles of Mission Concepcion, Siege of Bexar, and the final Battle of San Jacinto. Also, Tejano Heroes like Banda, Esparza, Espalier, Losoya, fought and died at the “Battle of the Alamo”. Plus,  as unknown before, Tejanas survived the battle and were there in support of their husbands and sons. It is known that Donna Anna Esparza, wife of Gregorio Esparza, Hero of the Alamo, and her infant daughter and three sons survived the battle. Concepcion Losoya, mother of defender Toribio Losoya, and her young son Juan Losoya also survived the assault. There were other Tejanas and Tejano children of the Alamo who survived the famous battle. Although it has historically been told that the struggle was only between Anglos and Mexicans, native Tejanos had already lived for over one-hundred and fifty years in Texas and they were fighting for their land, families, and homes. In 1845, Col. Juan Seguin became the last Tejano mayor of San Antonio, Anglos and Europeans had become more populist than Tejanos. By the 1860s, Tejanos had lost their economic and political control of their Texas. Then, Tejanos had to become bi-cultural and bi-lingual to try and retain their identity and heritage. The result was a Texas that became a blend of rich cultural and social mix. Ultimately, Anglo predominance took hold and the native Tejano history and legacy became almost unknown as angiocentric racism and prejudice prevailed. Tejano history has largely marginalized Tejanos as Mexican second-class citizens and created a narrow single-minded public vision.

Over one hundred and fifty years have passed, and there has been an omission of Tejano history, heritage, and legacy that has not been written about. Our state institutions like the Texas Historical Commission, Texas General Land Office, Texas State Historical Association, Texas Education Commission, and State Board of Education to name a few, have woefully excluded educational and culturally important content from our educational system, public discourse, and morally important identity. It is for this reason that the National Hispanic Heritage Month is to be observed to allow the many Hispanic histories of our country to be told and acknowledged. It has been said, “Texas History can never be complete without the story of the Tejanos being told.”

Click here to view the article published in La Prensa