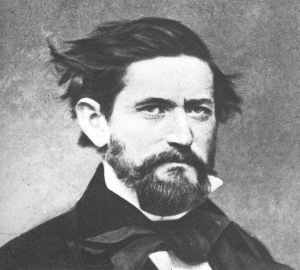 Hays was born at Little Cedar Lick, Wilson County, Tennessee. His brother was Confederate General Harry T. Hays of New Orleans. His sister, Sarah Hays Lea, was the mother of John Hays Hammond. In 1836, Hays arrived in Texas. Sam Houston appointed him member of a company of Texas Rangers for he knew Jacks father from Tennessee.

More important than any schoolmaster's lesson to the impressionable lad, however, was the conversation of his parents and their friends. Since the social life of the neighborhood centered around the Hermitage, the Hays boys heard a never-ending flow of talk of planting, horse racing, military affairs, and politics. No person can say how much general Andrew Jackson influenced the bright retentive mind of Jack, but certain it is that the boy, before reaching the age of twelve, listened to Old Hickory often and profited by what was said. Rachel Donelson Jackson was Harmon Hays', Jacks father's aunt.

Captain Hays, the Texas Rangers, and The Republic of Texas Navy were early adopters of the Colt revolver. The Colt Patterson No.5 Holster Model is known as the Texas Patterson because of use by Hays, his Texas Rangers, and the Texas Navy. Texas Ranger Captains Hays and Samuel Hamilton Walker gave direct input to Samuel Colt which lead to the development of Walker Colt model of 1847 and the reestablishment of Colt Firearms.

In the following years, Hays led the Rangers on a campaign against the Comanche and other hostile tribes, and succeeded in weakening their power. In 1840, allied Tonkawa Chief Placido with 13 scouts joined with the Rangers and tracked down a large Comanche war party, culminating at the Battle of Plum Creek.Later, he commanded the force against the invasion from Mexico of 1842, and in the Mexican-American War (1846–1848), where the Rangers excelled and gained a nationwide fame. Despite his youth at the time, Hays is often referred as responsible for giving cohesion, discipline and group mentality to the Rangers, and a rallying figure to his men. Flacco, a chief of the allied Indian tribe of the Lipan, used to call Hays “Bravo-Too-Much”.

Hays was described by Nelson Lee, one of the Rangers under his command as “a slim, slight, smooth-faced boy, not over twenty years of age, and looking younger than he was in fact. In his manners he was unassuming in the extreme, a stripling of few words, whose quiet demeanor stretched quite to the verge of modesty. Nevertheless, it was this youngster whom the tall, huge-framed brawny-armed campaigners hailed unanimously as their chief and leader.” Historian Walter Prescott Webb wrote that “under his leadership, the best tradition of the Texas Rangers was established.” Hays married Susan Calvert in Seguin, Texas, at the Magnolia Hotel in 1847.

When the news of Hays' plan to retire reached New Orleans, the Picayune of that city carried a long story concerning the “Retirement of Col. Hays” and commented: “The Gallant Hays, who has carried his life in his hand for the last ten years, and perhaps braved death oftener in that time than any other man – whose services in the field have been more ardent and valuable to Texas than those of any other citizen, is at length about to retire, and reposing his laurels, which he seems to wear unconsciously, so modest in his bearing, to seek in the bosom of his family the repose and enjoyment to which he is so well entitled.”

Jack Hays is one of the most respected warriors of the Comanche tribe. Chief Buffalo Hump sent a gift to California which was a silver cup with the engraving ” Buffalo Hump Jr ” upon news of the birth of Jacks first son. A generous and extremely rare gesture for this era. The cup is located at the Gene Autry Western Heritage Museum in Los Angeles. Donated by the Hays family of California.

In 1848, after the war had ended, Hays was selected to lead an expedition to blaze a route from San Antonio to El Paso. The expedition, which included Sam Maverick and a team of Rangers, struggled through uncharted desert (as supplies ran out, the men were forced to eat their mules), and upon reaching Presidio, the party returned to San Antonio.

In 1849 Hays received an appointment from the federal government as Indian agent for the Gila River country. Later traveling to California, Hays was elected sheriff of San Francisco County in 1850. He also became active in politics, and was appointed United States surveyor general for California in 1853.

As he voyaged by the Golden Age, a letter to the Pacific Methodist, written aboard the steamer, told that : Col. Jack Hays, the remarkable Texan, is among the passengers destined to Washington city. He is a man of few words, easy of approach, without ostentation, reserved yet affable, and seems never to have known entirely to have forgotten that his love of country and intrepidity on its battle fields have made him an honorable part of its sparkling history….Like brave men, generally, he is ardently attached to his family…and speaks in respectful terms of the piety of his wife and the interests of Christianity.

Hays also was one of the founders of the city of Oakland. In the following years he amassed a considerable fortune with real estate and ranching enterprises. In 1860 he was in Virginia City, Nevada, on business, when news of the First Battle of Pyramid Lake reached the area. He subsequently commanded a force of volunteer soldiers at the Second Battle of Pyramid Lake. Hays was elected as a delegate to the Democratic national convention in 1876 which nominated Samuel J. Tilden for the presidency of the United States.

In, April 1870, Hays went East for a visit. The San Antonio Herald declared that “the name of Jack Hays will almost wake the dead.” The Alamo City gave a grand ball at the famous Menger Hotel. Early in July accompanied by General Harry T Hays of New Orleans, his brother, he returned to California.

Hays died in California on San Jacinto Day, April 21, 1883 and was buried in Mountain View Cemetery in Oakland. A school located in the Montclair neighborhood of Oakland (the current site of the Moraga Avenue firehouse) was named in his honor; it was closed in 1913. Hays County, Texas as well as Hays Consolidated High School near Kyle, Texas are named in his honor.