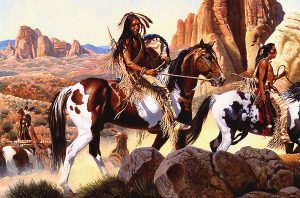 INDIAN RELATIONS. The history of relations between the numerous groups of Indians and the trans-Atlantic newcomers who started arriving in the sixteenth century and eventually came to dominate Texas is long and complex. On the Indian side, the story is one of accommodation, resistance, and, ultimately, near-total eradication. On the side of the Europeans and, later, the Americans, the salient features range from well-meant attempts to Christianize the Indians and educate them in such accomplishments as reading and writing, to deliberate attempts to annihilate or exile them. Between these extremes lie many unintended consequences, such as epidemic diseases (which were passed in both directions), as well as many attitudes that lie outside the often-noted arena of violence and fanaticism, such as attempts to set aside land for the displaced.