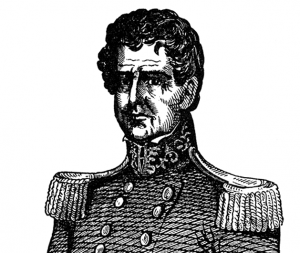 Smith was born in Philadelphia, Pennsylvania, the son of Jonathan and Mary Ann (Frazer) Smith. His maternal grandfather was Revolutionary War figure Persifor Frazer. General Smith is sometimes confused with his cousin, also named Persifor Frazer Smith, who was a well-known lawyer in Philadelphia. Persifor Frazer Smith the lawyer was the son of Joseph Smith (brother of Jonathan Smith) and Mary Frazer (sister of Mary Ann Frazer). Other notable relatives include his cousin, Joseph Smith Harris.

Smith served in the Seminole Wars in Florida before taking part in the Mexican–American War. He commanded the 2nd Brigade in Worth's Division at the Battle of Monterrey. He was brevetted brigadier general in September 1846 and joined Winfield Scott's army as commander of the 1st Brigade, 2nd Division. He led his brigade at the battles of Veracruz, Cerro Gordo and Contreras. He was brevetted major general for actions at Contreras and fought in the battles for Mexico City. He served on the armistice commission and then as military governor of Mexico City.

After the war, he commanded the Pacific Division of the U.S. Army, predecessor of the Department of the Pacific. In 1849, in his capacity as commander, he sent relief parties across the Sierra Nevada in the fall to meet the last arrivals in the emigration, saving many lives.

He next commanded the Department of Texas, where he selected the site for Fort Davis and issued orders for the establishment of Fort Lancaster. He died at Leavenworth, Kansas, while trying to quiet a disturbance.