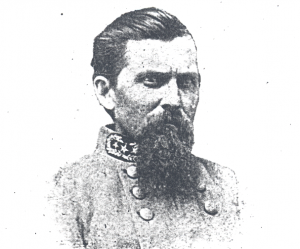 Walker was born in Jefferson City, Missouri.He grew up in the Saint Louis, Missouri, area and graduated from the predecessor to Washington University in 1844.

Walker joined the United States Army as a first lieutenant of the Regiment of Mounted Rifles in 1846, and served with distinction in the Mexican-American War, where he breveted to captain for San Juan de los Llanos and was wounded at Molino del Rey. He remained in the Army until 1861, when he joined the Confederate States Army as a major in the cavalry.

Walker was promoted to lieutenant colonel of the 8th Texas Cavalry in August 1861, where he served in the Department of North Carolina. In September 1861, he was promoted to colonel.

In January 1862, he was promoted to brigadier general and served in the Peninsula Campaign in the division of Brig. Gen. Theophilus H. Holmes, where he was wounded at Malvern Hill. His division occupied Loudoun Heights, overlooking Harpers Ferry, West Virginia before its garrison surrendered to Stonewall Jackson on September 15, 1862. He served under Maj. Gen. James Longstreet at South Mountain and Antietam.