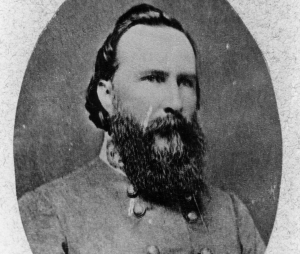 Longstreet served with distinction in the Mexican War with the 8th U.S. Infantry. He received brevet promotions to captain for Contreras and Churubusco and to major for Molino del Rey. In the Battle of Chapultepec on September 12, 1847, he was wounded in the thigh while charging up the hill with his regimental colors; falling, he handed the flag to his friend, Lt. George E. Pickett, who was able to reach the summit.

After the war and his recovery from the Chapultepec wound, Longstreet and his new wife served on frontier duty in Texas, primarily at Fort Martin Scott near Fredericksburg and Fort Bliss in El Paso. He performed scouting missions and also served as major and paymaster for the 8th Infantry from July 1858. Author Kevin Phillips claims that during this period Longstreet was involved in a plot to draw the Mexican state of Chihuahua into the Union as a slave state.

Longstreet was not enthusiastic about secession from the Union, but he had learned from his uncle Augustus about the doctrine of states' rights early in his life and had seen his uncle's passion for it. Although he was born in South Carolina and reared in Georgia, he offered his services to the state of Alabama, which had appointed him to West Point and where his mother still lived. Furthermore, he was the senior West Point graduate from that state, which implied a commensurate rank in the state's forces would be available. He resigned from the U.S. Army in June 1861 to cast his lot with the Confederacy in the Civil War.