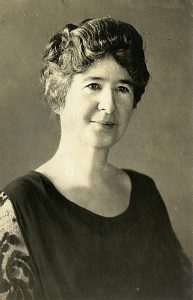 Adina Emilia De Zavala,  (1861–1955). Adina Emilia De Zavala, preservationist, eldest of six children of Augustine and Julia (Tyrrell) De Zavala and granddaughter of Lorenzo de Zavala, was born on November 28, 1861, in Harris County. She and her parents used De as the beginning of their surname. The family lived at Galveston before moving to a ranch near San Antonio about 1873. The young Adina attended Ursuline Academyqv at Galveston from 1871 to 1873, was enrolled at Sam Houston Normal Institute at Huntsville in 1879, from which she graduated in 1881, and later attended a school of music in Missouri. She taught school at Terrell from 1884 to 1886 and later in San Antonio. About 1889 she and other San Antonio women met to discuss Texas and its heroes; this group became one of the first societies composed of women organized for patriotic purposes in the state. In 1893 members of this society became affiliated with the Daughters of the Republic of Texas. One of Miss Zavala's greatest contributions to Texas was the preservation of a portion of the old San Antonio de Valero Mission, better known as the Alamo, which her group prevented from being razed in the early twentieth century. The state had purchased the chapel of the Alamo from the Catholic Church in 1883, but in 1886 Hugo and Schmeltzer Company, a wholesale grocery firm, bought the Alamo mission convent, also known as the monastery, long barracks, or fortress, which was the scene of the major resistance by Alamo defenders against the Mexican forces headed by Antonio López de Santa Anna in 1836. As early as 1892, before her historical group affiliated with the DRT, Adina De Zavala extracted a verbal promise from the grocery firm to give her chapter first chance at buying the property.