Foreigners In Their Own Land

On April 12, 2016, San Antonio Public Library will be presenting “Foreigners in Their Own Land: The Odyssey of Texas' Native Indians and the Tejano Legacy” at the Kampmann Library Portal, at 210 W. Market Street on the first floor of the Briscoe Western Art Museum. Free downtown parking is available in the Riverbend Parking Garage(corner of N. Presa and E. Commerce). The landmark PBS documentary “Foreigners in Their Own Land” discusses North and Central America's indigenous peoples, European imperial conquest, and the impacts of the subsequent unraveling of indigenous lifeways and cultures. The one hour documentary screening begins at 6:30pm.

Following the documentary, Texas Tejano.com Founder and President Rudi R. Rodriguez will present a broad view of Texas history focused on Tejanos; Tejanos are descendants of the first Spanish,  Mexican and Indigenous peoples in Texas beginning with its founding in 1690. Mr. Rodriguez will also compare and contrast the development of Texas and the American Southwest with the development of New England and New France. 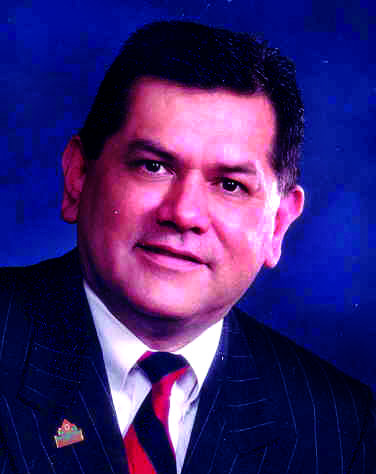 Mr. Rudi R. Rodriguez is Founder/President of Texas Tejano.com. He is a prominent Tejano history historian. His passion for championing Tejano legacy and heritage is widely known and he continues to help complete the story of Texas.  After over twenty-five years of scholarly research he has authored several books, created three world class traveling exhibits, produced documentaries, launched a stunning website and lead the way to have September designated Tejano Heritage Month by the State of Texas.

The event is sponsored by: