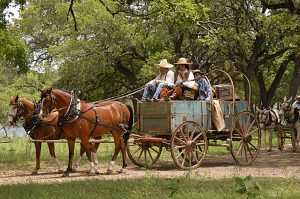 A Tejano Son of Texas Documentary

Our documentary programming is designed to provide the public with film productions that portray the true lives and legacies of Tejanos in the early Texas frontier. Our very first documentary is entitled “A Tejano Son of Texas”.

This production is a bout a legendary Tejano, Jose Policarpio “Polly” Rodriguez, who was born in the Mexican State of Coahuila Y Texas in 1829. At an early age he was apprenticed to become a Gunsmith, then he became a surveyor working throughout Texas. Following this, he became a US Army scout and guide for General Persifor Smith.

In 1855, upon the arrival of 2nd Calvary, he became a Calvary scout and Interpreter. He was awarded a presidential citation for combat valor and Gallantry in 1858. During the Civil War, he served as a Texas Ranger and was known throughout Texas. After the war, he served as Bandera County Justice of the Peace and helped bring law and order to the frontier.

Later, he would become a successful rancher and community leader. Lastly, He would become a Methodist Circuit rider that ranged through Texas and Northern Mexico. We believe his life is a great example of the contributions and accomplishments Tejanos gave in the development of early Texas.