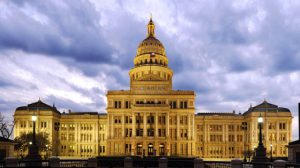 San Antonio – May 16, 2013 – Revision – The Hispanic Heritage Center of Texas is a San Antonio based 501.c.3 non-profit whose mission is to champion historical Hispanic legacy and heritage from the 17th, 18th, and 19th Centuries. Unfortunately, little is known about Tejanos and their contributions and accomplishments in early Texas. The Center is proud to lead the way to champion our ancestor’s history.

As a result of the Center’s efforts to find an initial downtown location, we are pleased to report that we are currently working to finalize a lease, we hope to conclude negotiations early this summer. Along with this milestone, we are pursuing various funding sources.

State Rep. Phil Cortez attached a rider to house bill 3211 to secure funding in this year’s legislative session. As such, on April 9th, 2013, Chairman of the Hispanic Heritage Center of Texas, Mr. Rudi R. Rodriguez traveled to Austin to testify on behalf of the Center during a hearing for house bill 3211. A vote was taken and it was approved and has been moved forward for a final vote for appropriations. Then, on May 14th, Rodriguez returned to Austin to testify during a hearing before the Senate Committee. The house bill was cosponsored by Sen. Judith Zaffirini and Sen. Leticia Van de Putte. We are pleased to announce that the bill was voted on and passed.

State funding will help ensure that the Center can provide the programming to educate the community and tourists about Tejano heritage. “In the future, the Center will be able to display and tell the story of Tejanos and the role they played in the development of Texas.” says Rodriguez. This initial location will help tell the story of San Antonio and Texas, but will also be a preview of what will be done on a grander scale in HemisFair Park, where the Center will be able to complete its master plan.