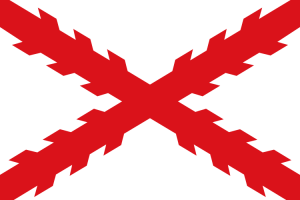 ESCALANTE ALVARADO, GARCÍA DE (?–?). García de Escalante Alvarado was born in 1516 in Laredo, on the Bay of Biscay, to the licentiate Escalante (Christian name unknown) and Doña Beatriz Osorio. His father served twenty years in the court of Holy Roman Emperor Charles V (Charles I of Spain). Escalante Alvarado commanded a maritime expedition to salvage three treasure-laden Spanish cargo ships that wrecked on the Texas coast in 1554. He, like Luis de Moscoso Alvarado, was a nephew of the renowned Pedro de Alvarado of the Mexican Conquest.

In 1538 Escalante sailed for the Spanish Indies to serve under Pedro de Alvarado, first in Guatemala, then in Nueva Galicia, where he put down the native uprising in which Alvarado was killed in 1541. In 1542 he embarked as a captain and royal factor in the voyage of Ruy López de Villalobos, nephew of Viceroy Antonio de Mendoza, to the Philippines and Moluccas. He wrote an account of that venture, which cost López his life. Only 144 of the 400 participants returned to Spain, almost seven years later, by way of India and Portugal.