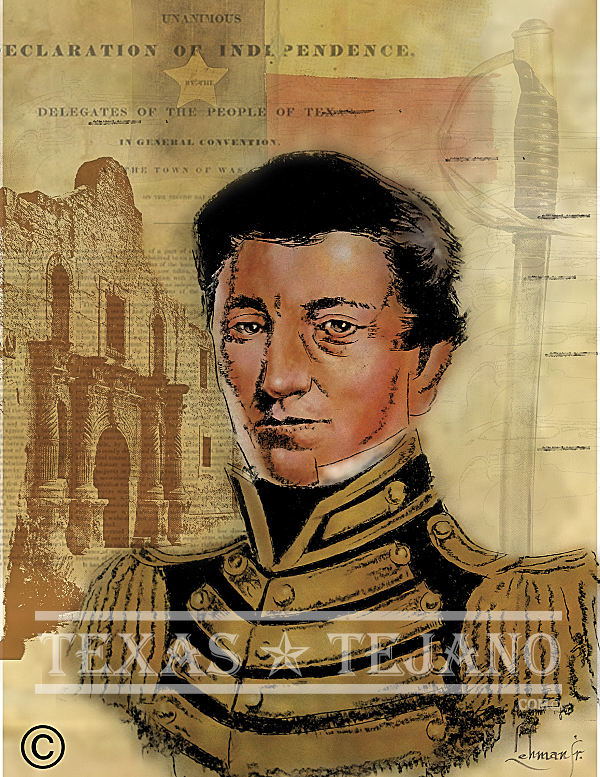 Juan NepomucenoSeguín, political and military figure of the Texas Revolution and Republic of Texas, was born in San Antonio on October 27, 1806, the elder of two sons of Juan José María Erasmo Seguínqv and María Josefa Becerra. Although he had little formal schooling, Juan was encouraged by his father to read and write, and he appears to have taken some interest in music. At age nineteen he married María Gertrudis Flores de Abrego, a member of one of San Antonio's most important ranching families. They had ten children, among whom Santiago was a mayor of Nuevo Laredo and Juan, Jr., was an officer in the Mexican military in the 1860s and 1870s. Seguín began his long career of public service at an early age. He helped his mother run his father's post office while the latter served in Congress in 1823–24. Seguín's election as alderman in December 1828 demonstrated his great potential. He subsequently served on various electoral boards before being elected alcalde in December 1833. He acted for most of 1834 as political chief of the Department of Bexar, after the previous chief became ill and retired.