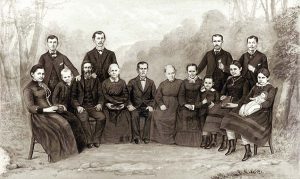 Blas María Herrera, courier, soldier, and scout, often called the “Paul Revere” of the Texas Revolution, was born on February 2, 1802, in San Antonio de Béxar to Benito Herrera (d. 1805), a native of Punta de Lampasos, Mexico, and Jacoba de los Fuentes, a native of San Antonio. He spent his first years in the Ruiz home on the southwest corner of Military Plaza in San Antonio. He is listed as a sergeant on an 1820 roster of local militia.