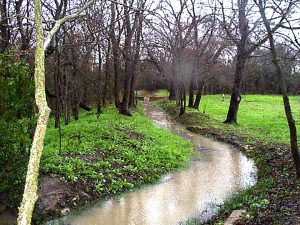 ACEQUIAS. The building of acequias, or irrigation canals, was an important element in Spanish efforts to colonize Texas. Much of the region occupied by the Spanish in Texas was semiarid, and irrigation was vitally necessary for the success of agriculture. Acequias had been widely used throughout Spain since the time of the Moorish conquest, and the early Spanish colonists brought with them sophisticated knowledge of how to construct large-scale irrigation systems. The earliest acequias in Texas were dug near Ysleta, below El Paso, after 1680 by Pueblo Indians under the supervision of Spanish friars. These first acequias eventually became part of a large irrigation network, portions of which were still in use in the early 1990s.